I was so excited to play with my August Kit fromt the Scrapping Bug that I have started some pages. I have this one to share with you. I used some photos from last weekend when I finished up my Houston Crop with 2 days at the Niagara Falls Casino where the gardens and view were fabulous and colourful. 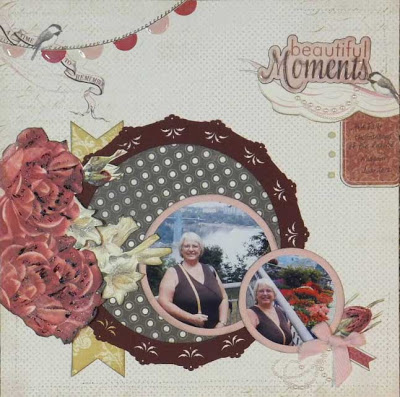 I have closeups for you to view some of the details. 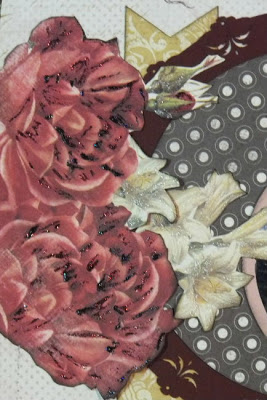 I fussy cut the flowers and then stickled them to make them shine and sparkle. One of them I foam popped for depth. 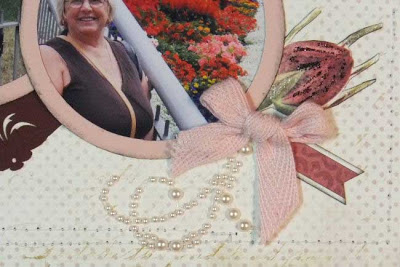 On this section I clustered a rose bud which I stickled, added a bow and tag and added some prima pearls. 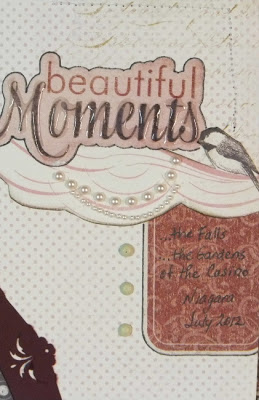 This title section used some fussy cuts to include the flourishes and bird which I added some Prima pearls to. I added a sticker from the collection for the title and another sticker to write on.. and then I added some brads. On part of the title I liquid embossed so it would pop and shine. 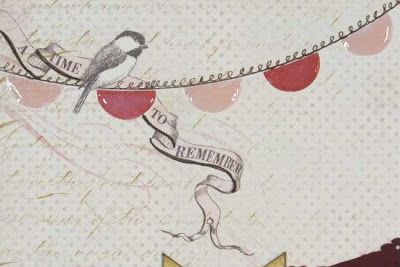 This last close up is of the banner that is in the paper. To pop it I first used black pen to highlight some spots under the words, and doodled the loops of the banner. The banner half circles I added liquid embossing to pop it and shine also.

Inked edges to pieces add detail, the punched background was picked for the water spout type punch, inked background mats for photos and stitching on part of the outer border were also added. Sure hope you love it as much as I did making it to share with you.

I had a great time sharing this with you and hope to see you again as the DT shares almost daily some new idea using Kreaxions Punches and Circle Cutter…. Bev DT